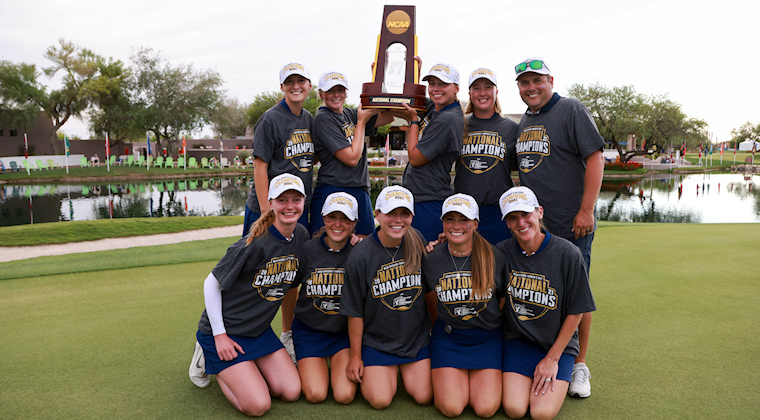 More than once, the Rebels’ backs were against the wall. It took two drawn-out sudden-death matches to dispatch Texas, and Arizona was no easy win, either. Instead of fatigued, Ole Miss jumped out early on Oklahoma State, grabbed control and didn’t look back until they clinched the program’s first women’s NCAA title – in any sport – with a 4-1 win.

Sophomore Andrea Lignell – who played an exhausting 40 holes en route to two victories on Monday – nailed the deciding putt on No. 17 to win 2 and 1. Shortly before Lignell ended it, sophomore Chiara Tamburlini put the first point on the board for Ole Miss with a 6 and 5 win, which happened to be the largest margin of victory in the NCAA Championship match since the format started in 2015.

“I was extremely nervous this morning, but I gotta say, I had a game plan with my coaches and we said, ‘take it shot by shot,’” said Tamburlini. “That’s really all I did out there. I tried to focus on the next shot – try to make it simple, hit fairways, hit greens, not try to make something crazy. And it worked out.”

Once the sophomores softened-up Oklahoma State, the seniors took over.

They became the 16th program in the 39-year history of the NCAA Women’s Golf Championship to win a title.