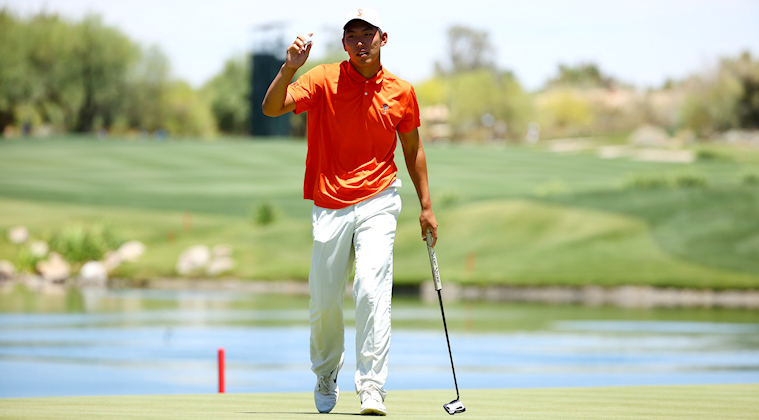 Host Arizona State – thanks to Ryggs Johnston’s 63 – jumped four spots as a team and currently round out the top three, chasing the leader Oklahoma State by eight strokes and Oklahoma by three.

The Cowboys, who shot the best round today at -6, are enjoying a five-stroke lead over their in-state rival Sooners. Individual leader Bo Jin led the charge with three consecutive birdies to close out his round helped him card a 67 (-5) on the day.

Cowboy’s coach Alan Bratton felt his team was settling in and looking forward to taking advantage of early morning conditions.

“We made several double bogeys yesterday,” he said. “So I think we’re just now getting more used to the golf course. And obviously the conditions in the morning are a little easier. That’s why you play for a top seed like that and hopefully play well, so we get to go out. Obviously, we’ll need to go out early again tomorrow. That’s big. I mean, there’s a few hole locations, No. 1, No. 4, No. 6 today, this afternoon, those are going to be difficult. They were hard this morning.” 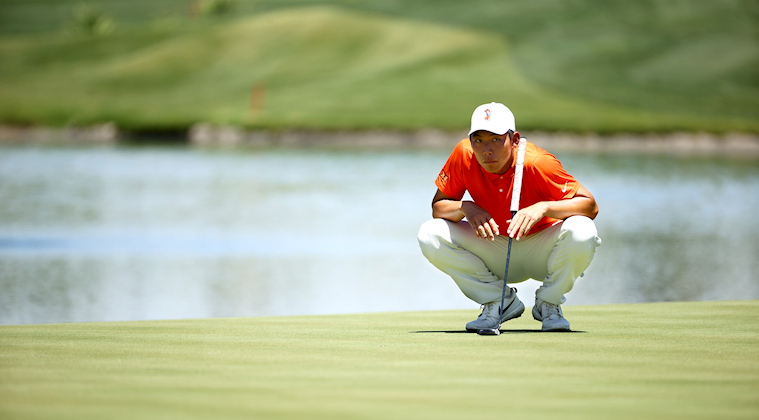 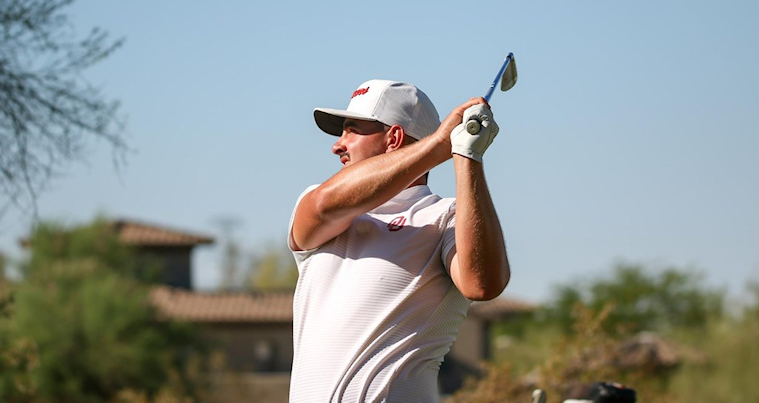 The Sooners were fueled by Quade Cummins, who also finds himself within the top-five of the individual competition after jumping 13 spots today. Cummins has authored back-to-back rounds of under-par after shooting 68 today.

Texas Tech, which entered play this morning in first place after a tournament-best opening round of 276, struggled on day two, tumbling 13 spots down the leaderboard. After shooting a collective 276 yesterday, it finished today with a 304.

One of the more surprising storylines that has unfolded after the first 36 holes has been the presence of the No. 31 ranked team Sam Houston in the top-ten. The Bearkats weren’t as sharp as they were yesterday, following up yesterday’s 278 with a 292 this afternoon. But, it’s still enough to keep them in the mix for the team title.