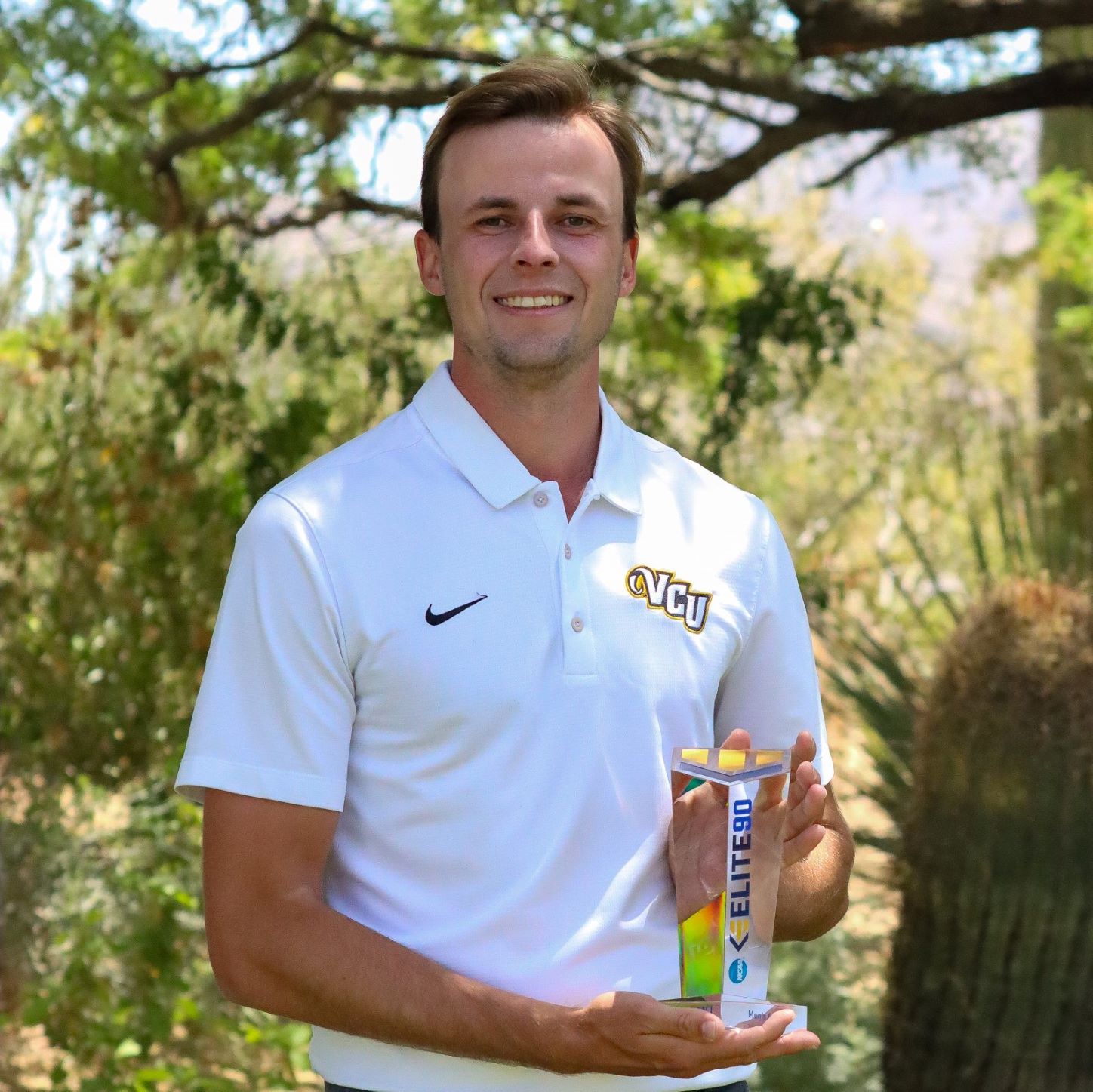 Adrian Vagberg, a senior at Virginia Commonwealth University, is the recipient of the Elite 90 Award for the 2022 NCAA Division I Men’s Golf Championships.

The Elite 90, an award founded by the NCAA 13 years ago, recognizes the true essence of the student-athlete by honoring the individual who has reached the pinnacle of competition at the national championship level in their sport, while also achieving the highest academic standard among their peers. The Elite 90 is presented to the student-athlete with the highest cumulative grade-point average participating at the finals site for each of the NCAA’s 90 championships.

Eligible student-athletes are sophomores or above who have participated in their sport for at least two years with their school. They must be an active member of the team, traveling and a designated member of the squad size at the championship. All ties are broken by the number of credits completed, which was the case in 2022.

A native of Sollentuna, Sweden, Vagberg holds a 4.0 cumulative grade point average while majoring in physics. He was presented with the award on Sunday at Grayhawk Golf Club, site of the 2022 championships. GOLF Channel will highlight the award presentation during live coverage of the championship taking place on Monday, May 30.

Click Here to learn more about the NCAA Elite 90 Award.