Texas Longhorns defeated Arizona State 3-2 for the program’s fourth title, driven by big wins from seniors Parker and Pierceson Coody as well as junior Travis Vick, who clinched the championship.

“It’s hard to put into words what this feels like,” Vick said. “It’s been such a long road, going through a lot of adversity as a team. We had a target on our back, so to be able to get it done is truly special.” 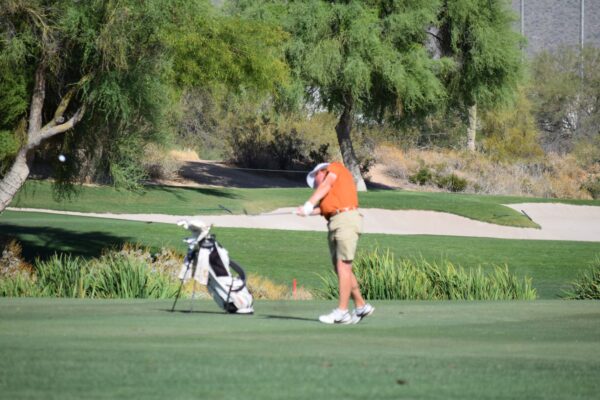 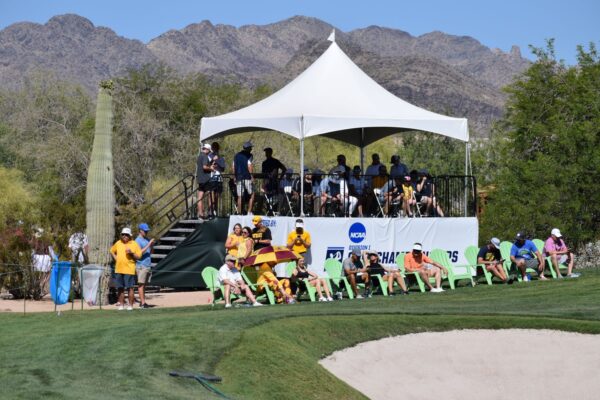 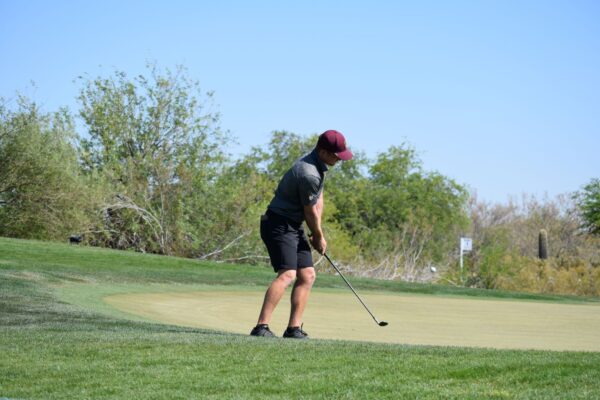 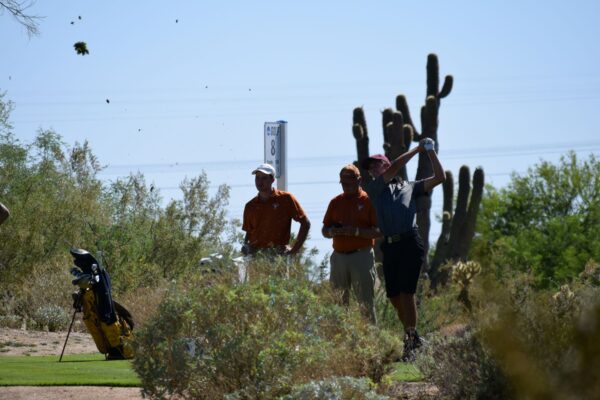 Alongside past teams in 1992 and 1961, Arizona State finished runner-up, their best since last winning the title in 1996. Arizona State’s two points came from graduate student Mason Andersen, who won all three of his matchups in match play competition, and David Puig, who won on the 19th hole.

“We were just a whisker away from winning a national championship,” Arizona State head coach Matt Thurmond said. “It’s hard to get back here, so hopefully we are back in this situation and we’ll have a chance to do something. It’s a ball that barely rolls in the grass, it’s a putt that hangs on the lip, it really is that close. Texas is a great team, they played awesome. I hope we can get back here and see what happens.” 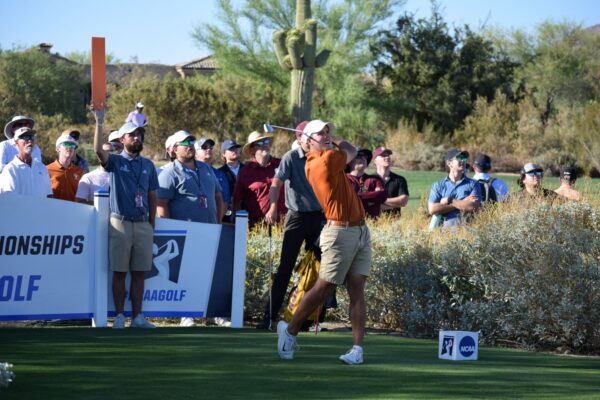 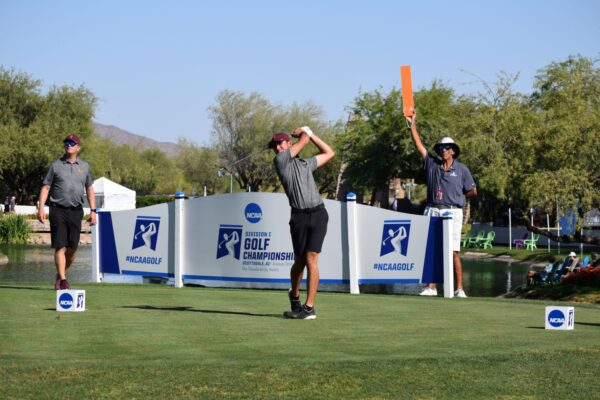 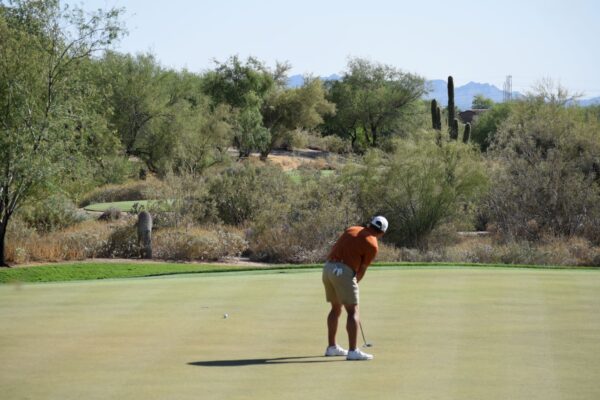 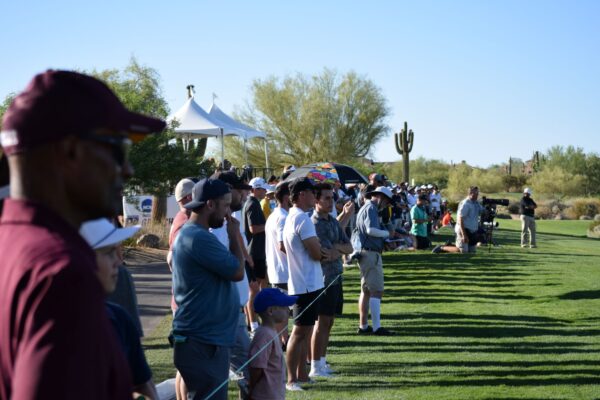 The match play battle came down to the last two pairings at the end of the line. Texas’ Parker Coody put the Longhorns on the board first; he led all the way, winning 6 and 5 over James Leow. Andersen followed with a point, 3&2 against Cole Hammer.

The tide began to turn around No. 14, where Texas held the slim lead in each of the last three pairings. Pierceson Coody and Preston Summerhays were involved in a tight contest, with Coody leading by a close margin at the turn. Summerhays got within one through 16, until Coody clinched it on 17 with a birdie to win 2&1, giving Texas the 2-1 lead. 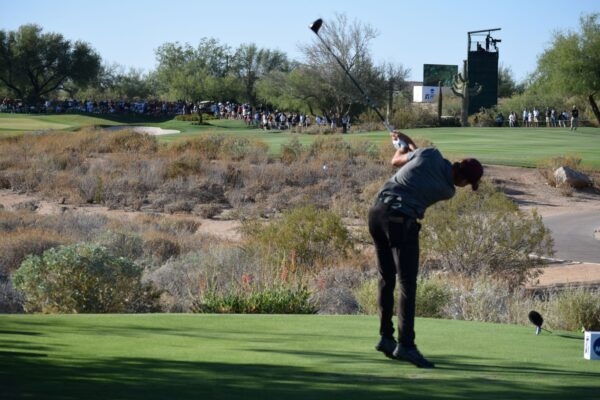 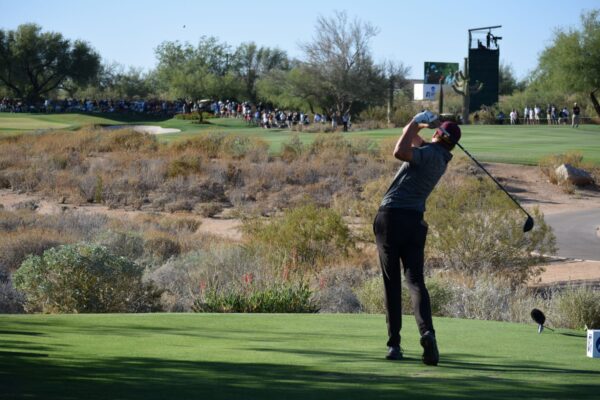 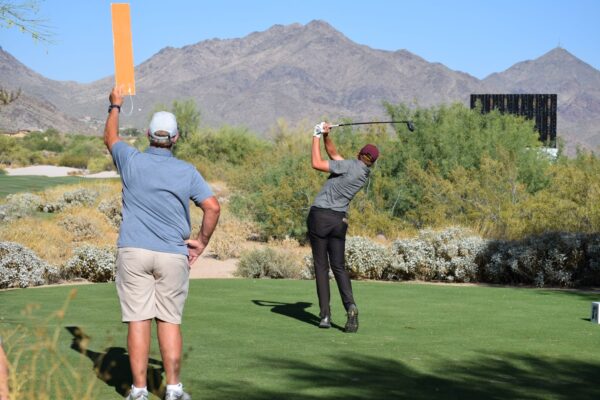 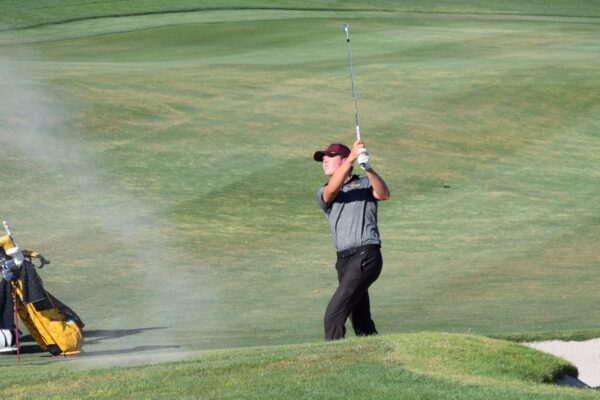 It came down to the last matches, with the Arizona State’s Puig prevailing with a par in a playoff over Texas’ Mason Nome. This left Vick and ASU’s Cameron Sisk to decide the championship. Their match waffled back and forth – Vick leading, Sisk fighting back, Vick regaining the edge – for a total of nine lead changes in the match. Up by one going to the 18th hole:  Vick clinched the national championship on the 18th green with par putt, matching Sisk. 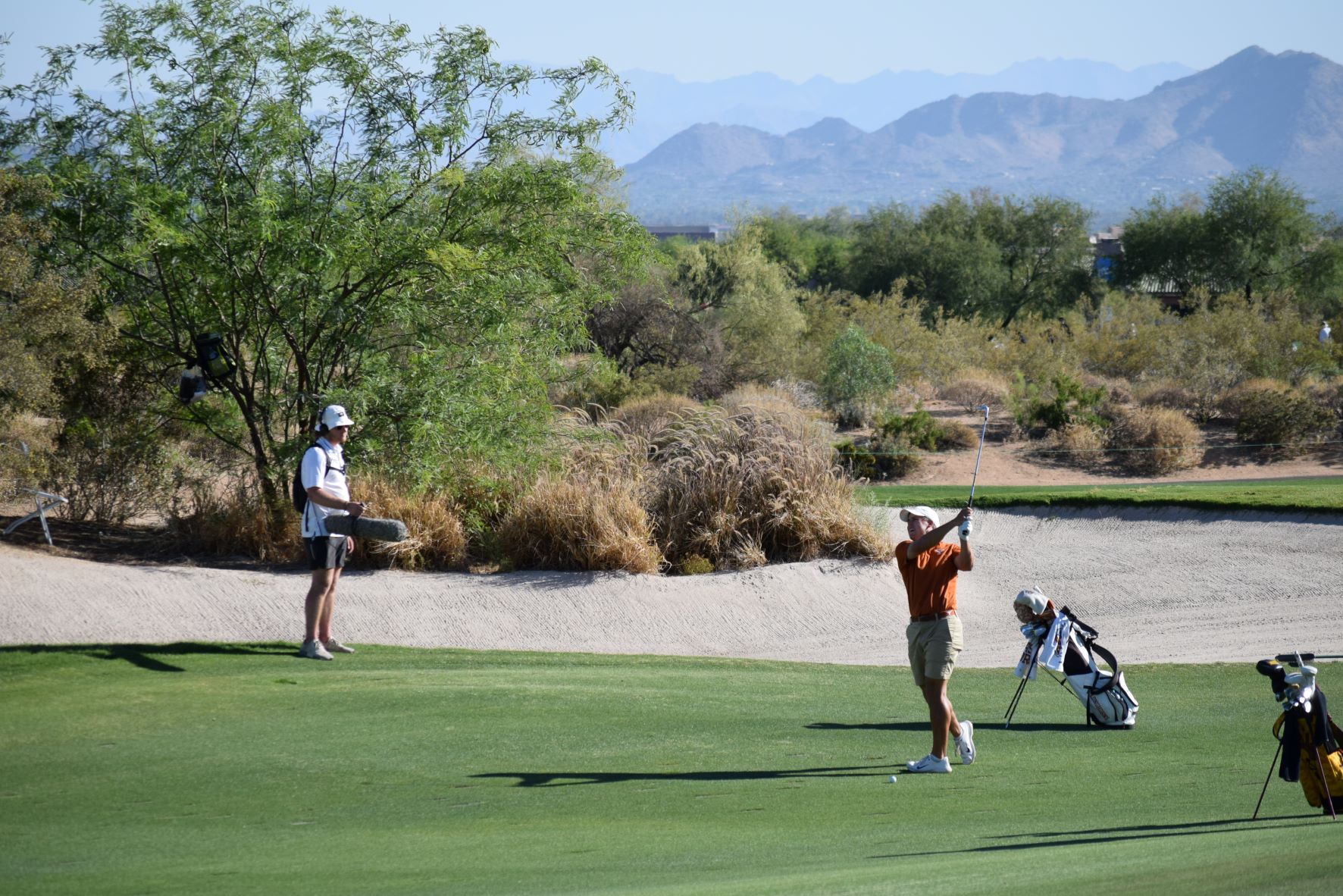 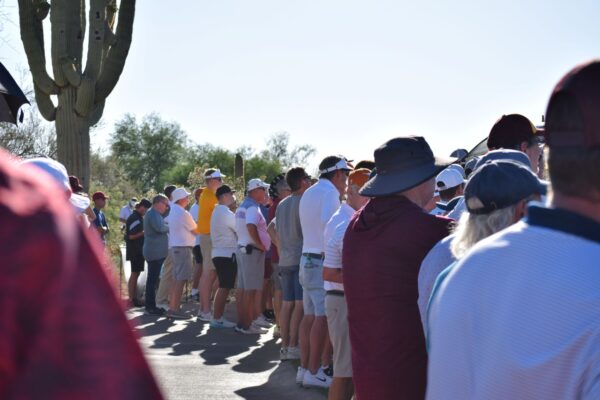 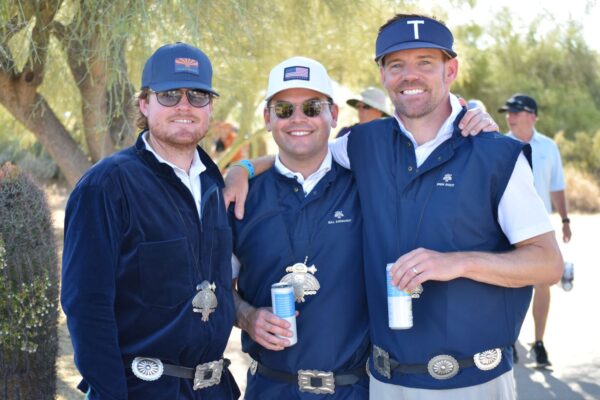 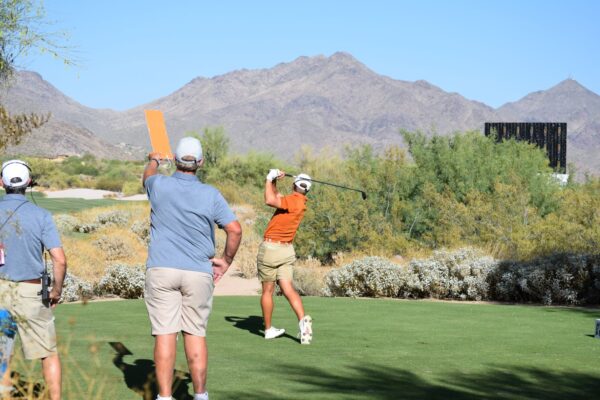 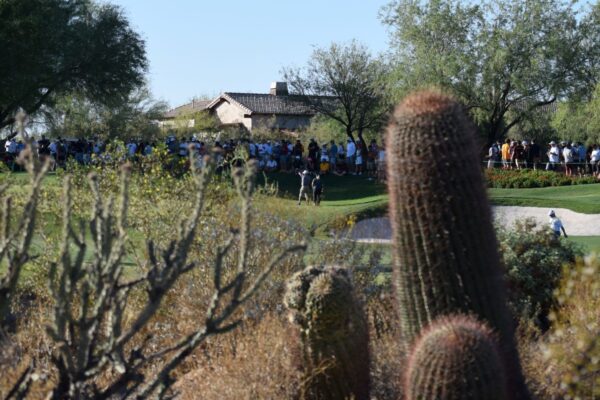 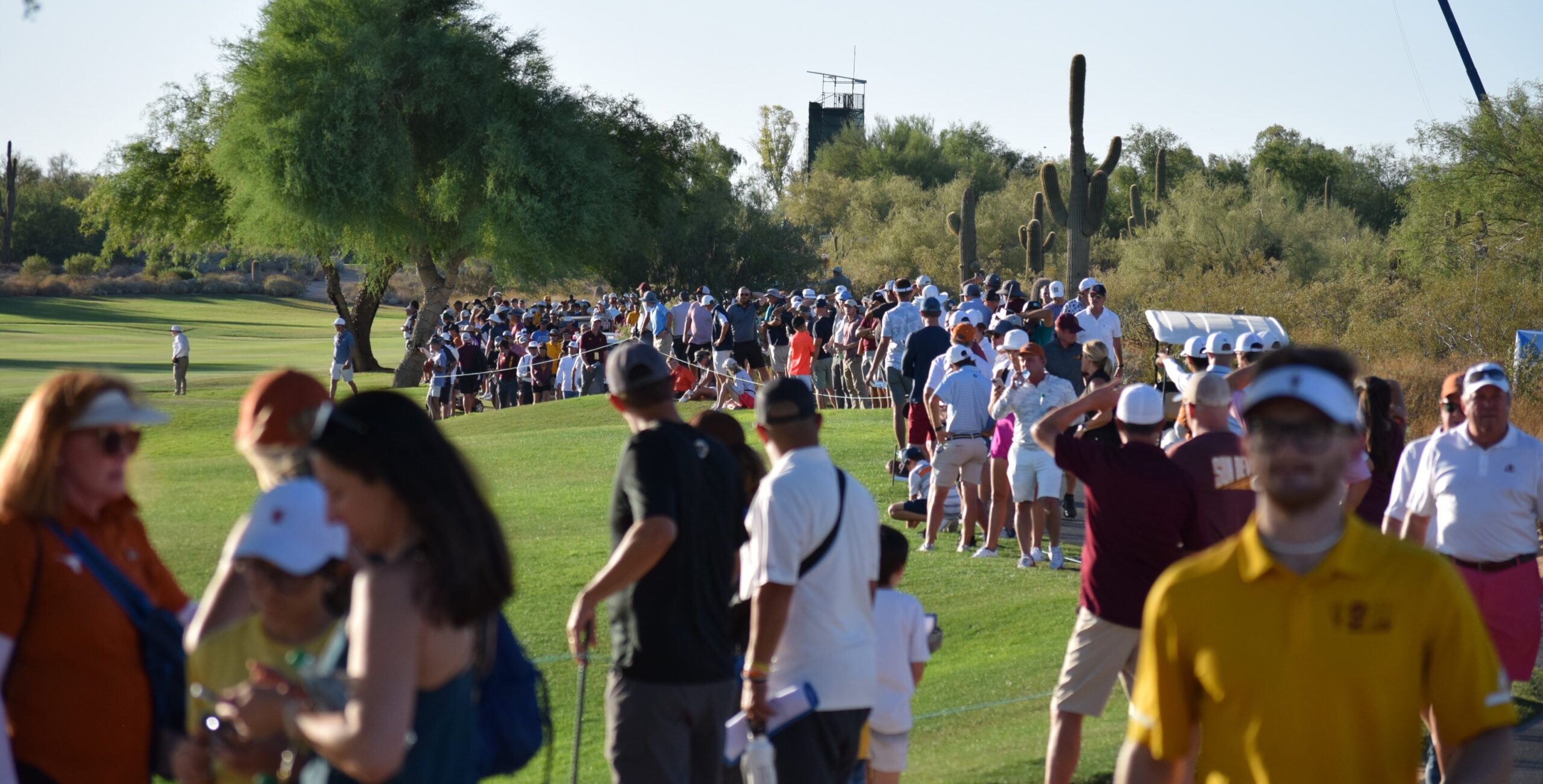