Sargent Takes Command of the First Playoff Hole to Win

Vanderbilt’s Gordon Sargent didn’t make a birdie all day – until the first hole of the sudden-death playoff to settle the individual title for the 2022 NCAA Men’s Golf Championship. He stuffed his approach to five feet to capture medalist honors only minutes after making his 14th par to end regulation play in a four-way tie for first place. Parker Coody of Texas, Ryan Burnett from North Carolina and Eugenio Lopez-Chacarra of Oklahoma State finished tied for second place.

Sargent entered the final round at -4, but gave them all back over the course of the final round by carding a +4, 74. He finished in a tie with Ryan Burnett (North Carolina), Parker Coody (Texas), and Eugenio Chacarra (Oklahoma State), before closing them out to become the first freshman since USC’s Jamie Lovemark (2007) to win the men’s individual golf championship. 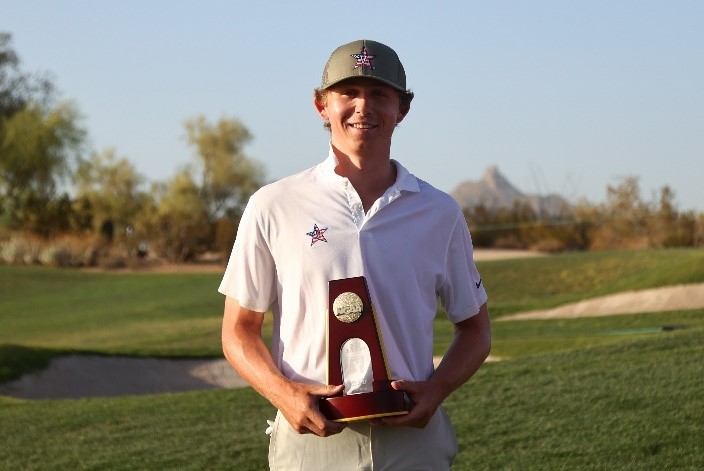 “It definitely took a lot of patience out there and it was playing tough,” said Sargent. “A lot of people were playing well, and I had to stick to my game. We still have work to do as a team and are looking forward to tomorrow.”

The Commodores finished in a first-place tie with Oklahoma and North Carolina at +14 overall. Through a tiebreaker, they secured the top seed to face eighth seed Texas Tech in Tuesday’s match play quarterfinals. 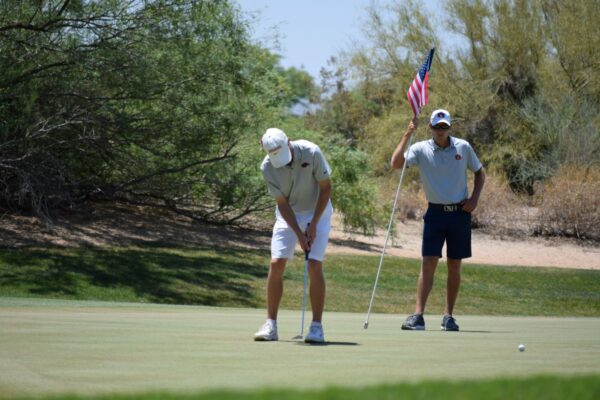 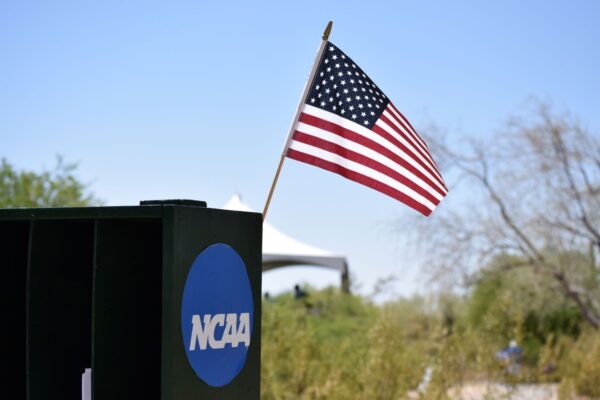 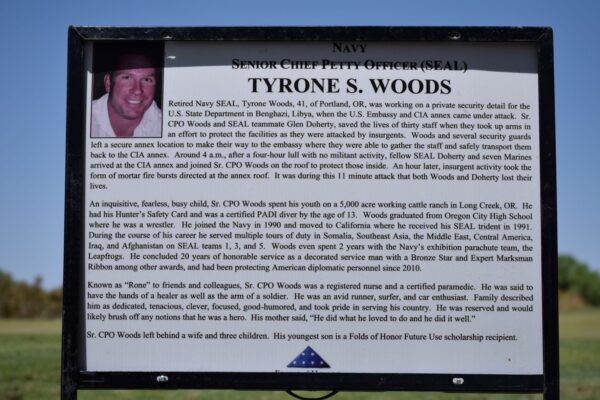 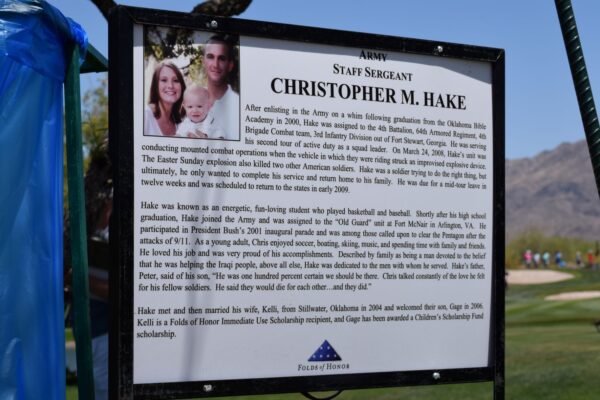 The top-ranked Sooners are the second seed and will face the seventh seed and fourth ranked Arizona State. The Sun Devils shot 9-over today and finished the championship at +28. Cameron Sisk led the Sun Devils with an even par 70.

One of the biggest jumps of the day came from North Carolina. The Tar Heels shot 5-over and were paced by Austin Greaser’s 1-under 69. They will be the third seed and face defending national champion Pepperdine.

“A great week by the guys so far, tying for first in stroke play,” said North Carolina Head Coach Andrew DiBitetto. “I’m just very pleased and very proud of the guys for their poise, their composure, their patience. Obviously, it’s a really tough test out there. You could see it by the scores once again today. They were really high scores in very difficult conditions. Just proud of the guys for what we’ve accomplished to this point, but we’re not done. It feels like the tournament is just getting started for us and we have a lot of things we want to accomplish this week and the fun starts tomorrow.”

The only team to shoot under par today was Texas who finished the day 3-under. Mason Nome’s 68 and Pierceson Coody’s 69 help the Longhorns secure the fourth seed. They face fifth seed Oklahoma State who had one of the highest rounds of the day with a +18.

Team match begins on Tuesday, May 31 at Grayhawk. Morning quarterfinal matches include Arizona State vs. Oklahoma, Pepperdine vs. North Carolina, Texas Tech vs. Vanderbilt and Oklahoma State vs. Texas. Semifinal matches will be played on Tuesday afternoon. 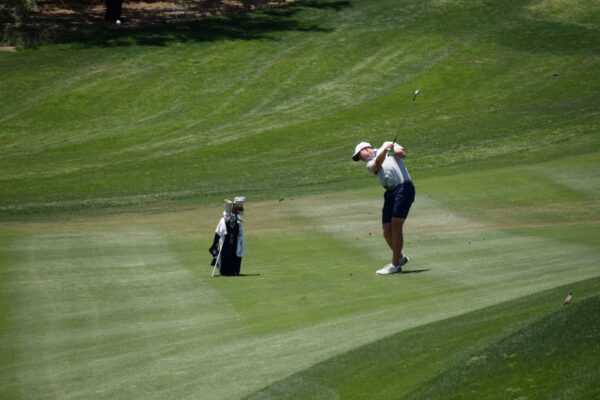 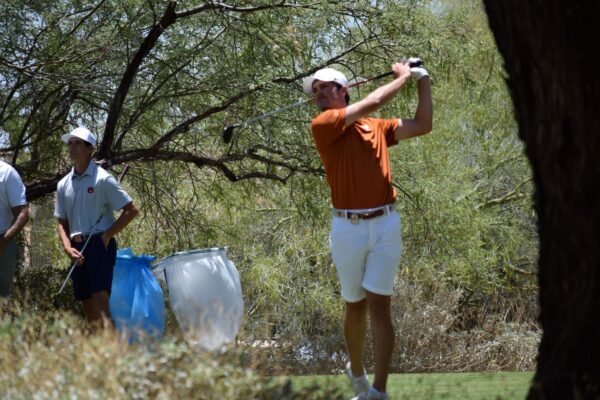 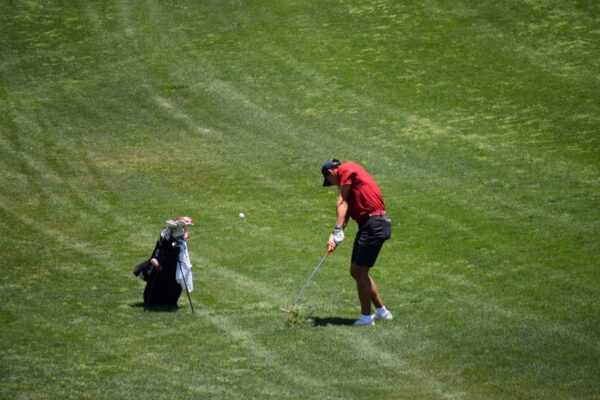 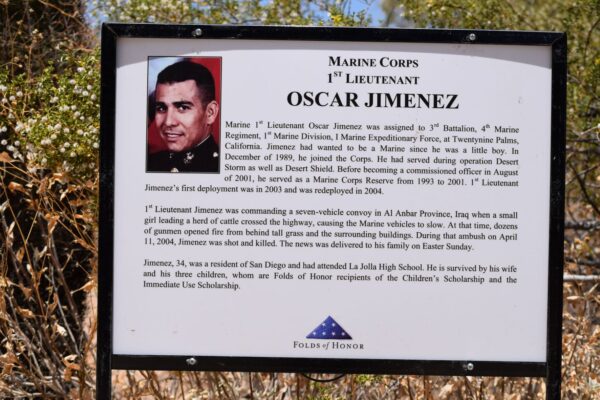