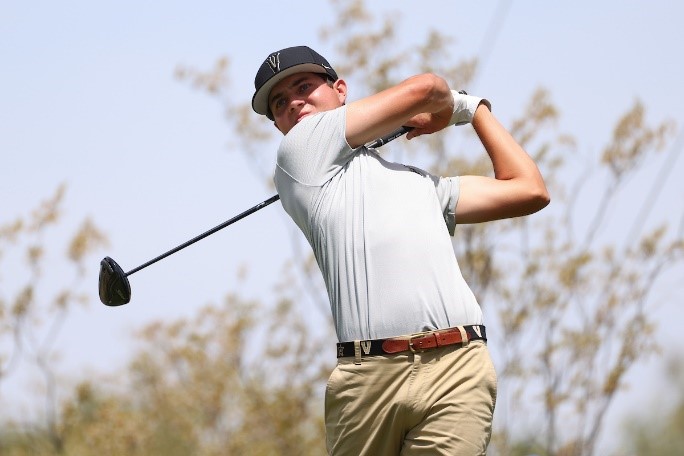 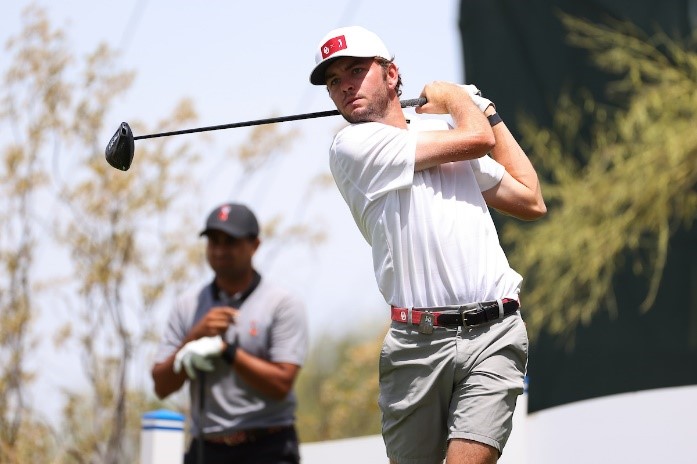 One of only two under-par teams on the day, the Oklahoma Sooners jumped out to the lead in Saturday’s second round. They set the pace early by shooting 5-under par to stand at +2 overall, two strokes ahead of first round leaders, Vanderbilt, entering Sunday’s third round of stroke play.

Sooners set the early second round pace. Led by Chris Gotterup’s 4-under-par 66, it “Was nice to play a golf course that was yielding some birdies,” said Oklahoma Head Coach Ryan Hybl. “Credit to Patrick Welch and Drew Goodman for leading the charge; they got the afterburners going with some birdies right in the middle of the round.”

At 3-under par, Oklahoma State shot the other sub-par round on Saturday. The Cowboys’ Aman Gupta fired 5-under 65 – his fourth 65 in tournament play this year – to put them in third place.

“I’m really pleased with how we finished today,” said Vanderbilt Head Coach Scott Limbaugh. “It seemed like we got off to a good start then lost some momentum halfway through the round and kind of locked back in for a strong finish.”

At -1 on the day, +9 overall, North Carolina jumped three spots into fourth place, thanks in part to Ryan Burnett’s 1-under 69.

Defending national champions Pepperdine rebounded from a slow opening round to shoot a 2-over par to stand in fifth place at +16.

The shot of the day came from Georgia’s Trent Phillips who aced the par-3, 13th hole with a six-iron. It was his second career hole-in-one.

“It was pretty electric,” said Phillips. “It was a full 6-iron. I hit hard, it looked good all the way, and it went in. I could see it go in and then I saw all the people going crazy. It was a great feeling.”

The top three teams on the leaderboard also held the top four spots in the quest for an individual championship. Vanderbilt’s Sherwood is the current leader at 3-under for the championship. He holds a single shot lead over his teammate Sargent and Oklahoma State’s Gupta. Close behind in a tie for fourth is Oklahoma’s Gotterup and Jackson Suber from Ole Miss. Suber carded a 5-under 65 today.

After Sunday, the top 15 teams (and top 9 players not on one of those teams) advance to the final round of stroke play to crown the individual champion on Monday.