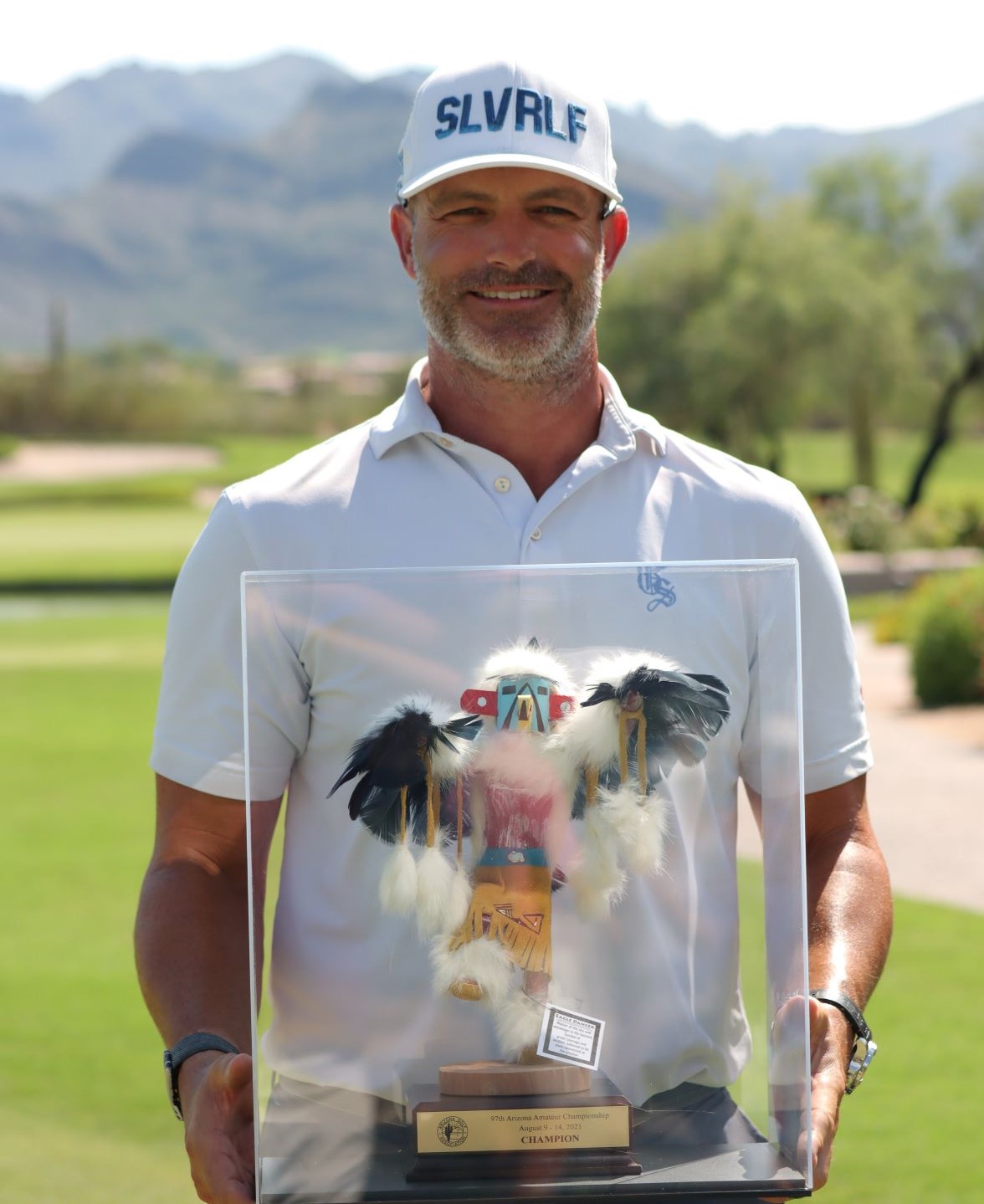 Kristoffer Marshall won the 97th Arizona Amateur Championship presented by PXG over Evan White in a thrilling match on Grayhawk Golf Club’s Talon Course. Marshall erased a one-hole deficit at the turn before capturing 16 and 17 to win the championship match 2 & 1.

“I’m here, and I’m thrilled to be here,” said Marshall. “There were a couple times in matches when I wasn’t sure we’d get here. And then there were some really good glimmers of hope that showed I have just as much game sometimes. So we’re here, and I’m happy.”

For his part, White hit fairways and greens all day long to finish runner-up.

“I gave it my all out there – it stinks to come up short like that, but I know it will help me going forward,” said White, 2019 Arizona Amateur Champion. “Overall I’m really happy with the way I played.”

Leading up to the definitive putt, Marshall and White traded clutch putts until the 16th hole when White missed a 7-foot comebacker, handing Marshall the 1-Up lead.

Stepping up to the par-3 17th tee box, Marshall hit it to eight feet, while White followed with an even better shot to six feet. However, like it had been all week, the flat stick favored Marshall, who buried the birdie putt.

“That’s the beauty of Match Play – anybody has a chance,” said White. “I hit every fairway and put myself in good spots around the greens and on the greens. But it comes down to one or two putts, and that’s what makes it so fun. Hats off to Kris – he played great.”

View full bracket and scores from the week, August 9-14, 2021, by clicking here. Full recaps can be found on the Arizona Golf Association website. And a wide selection of content from each day of the tournament can be found on the AGA’s social media channels: Instagram, Facebook and Twitter.