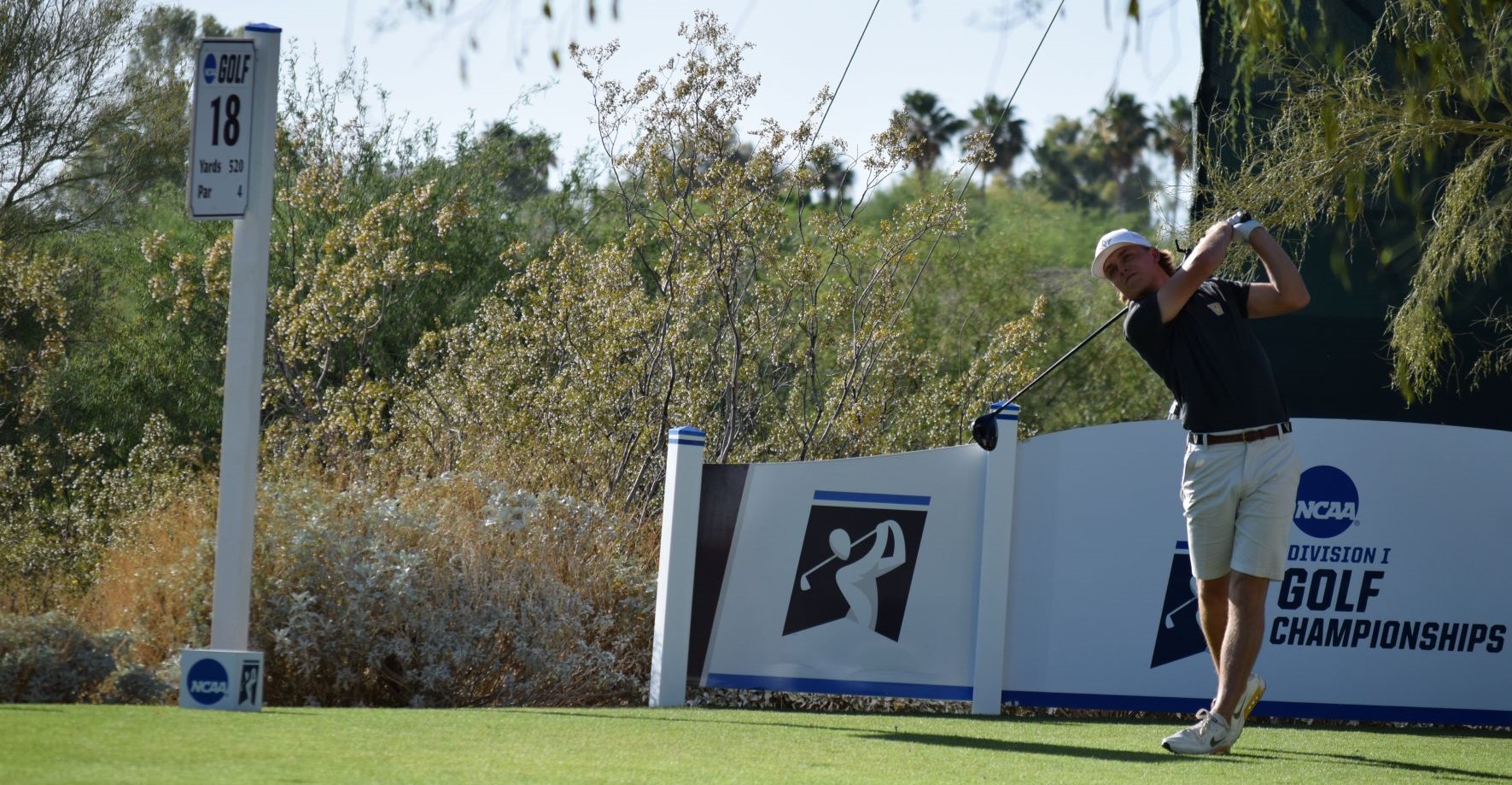 The No. 7 seed and championship host Sun Devils rallied over the back nine against Pepperdine to advance for the first time since the match play format was originated in 2009. Texas, the No. 4 seed, relied on the trio of Cole Hammer, Pierceson Coody and Travis Vick to secure the win over No. 1 Vanderbilt. 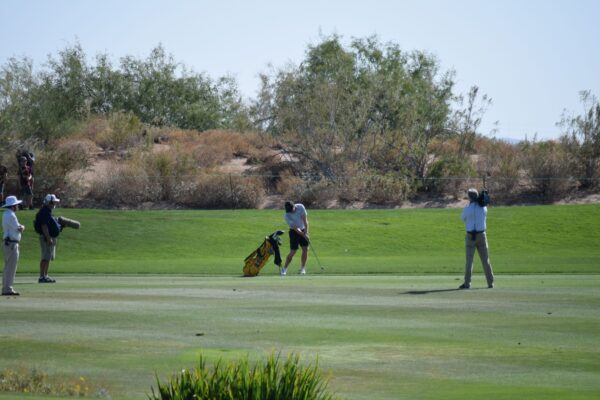 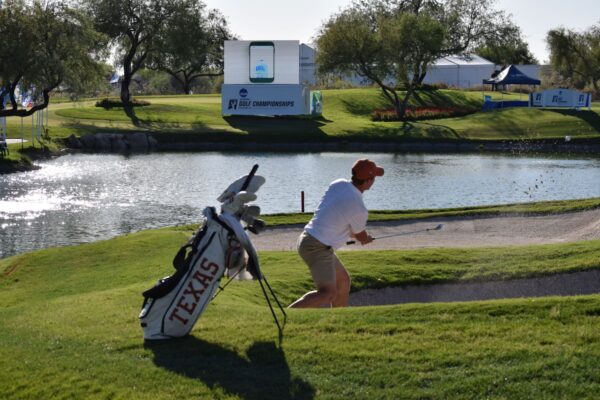 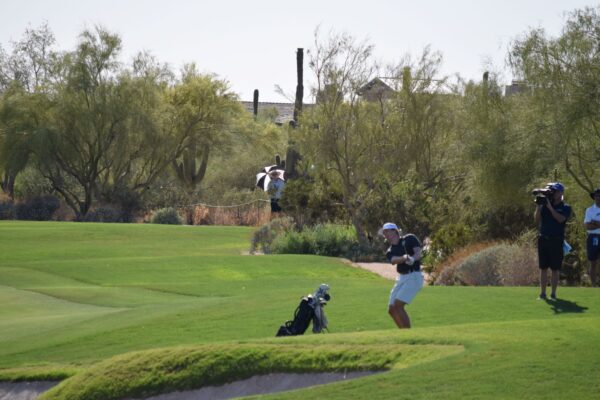 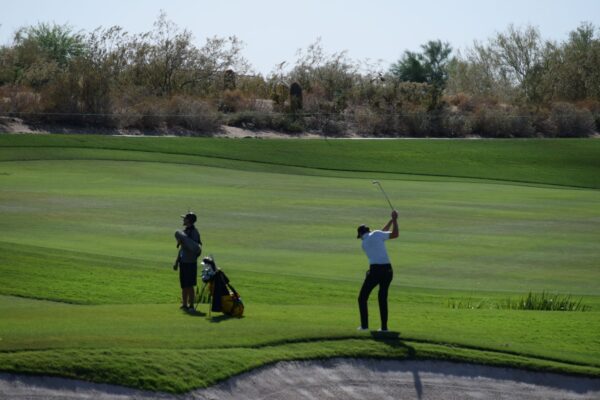 “It has been a long road,” said Texas head coach John Fields, who has led the Longhorns for the past 25 seasons. After listing the team’s struggles going back a couple years, Fields added, “This year, we refocused, and then the difficulties with the Coody’s in January, February, and March and it started in December. It just made us all more appreciative about what we do. The other kids on our team got to play and see what they could do. In the meantime, those guys were working on so much. They came back with a vengeance and added to the energy that Travis (Vick), Mason (Nome), and Cole (Hammer) have. Now we are here.”

Sun Devil senior Mason Andersen found himself down two with three holes to play, before rallying to defeat Pepperdine’s Dylan Menante on the first playoff hole.

“I just kept saying one shot, one shot, one shot,” said Andersen, a graduate student from nearby Chandler, Ariz. “Every shot that I wanted to hit down the stretch, I was able to pull off. It feels special to be playing in the finals tomorrow.”

Sun Devil freshman Preston Summerhays led his match against experienced Pepperdine senior Joe Highsmith by as many as five holes, lost the advantage, with Highsmith tying the match on the 16th hole, then regrouped and rallied for a 2-up victory with a par and birdie on the 17th and 18th holes, respectively.

“I never panicked,” said Summerhays. “I think it’s really easy to be five up and basically have the match closed out, but to then be all square with two to play, most people would panic, but I stayed really calm. I knew my game was there and I knew I was able to hit good shots coming down the stretch. I just stayed calm and I just knew that my game would be there when I needed it most.” 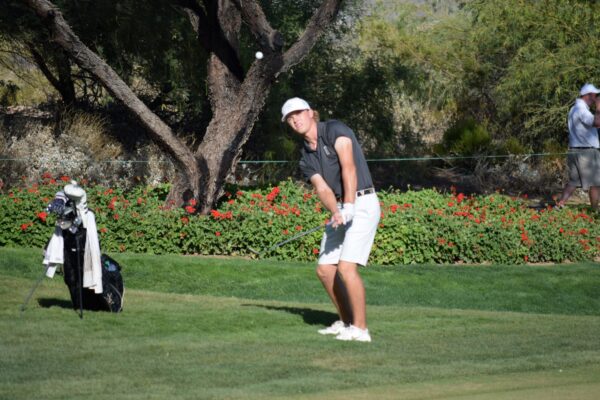 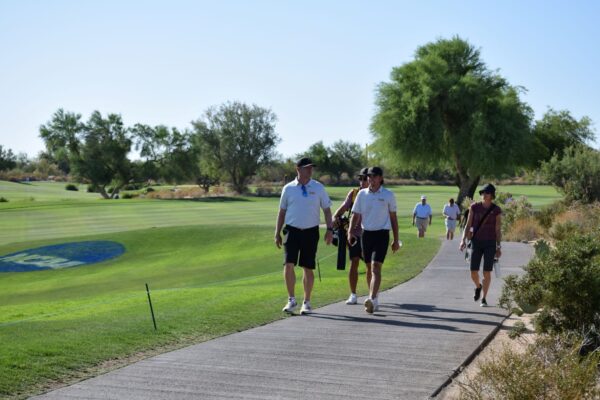 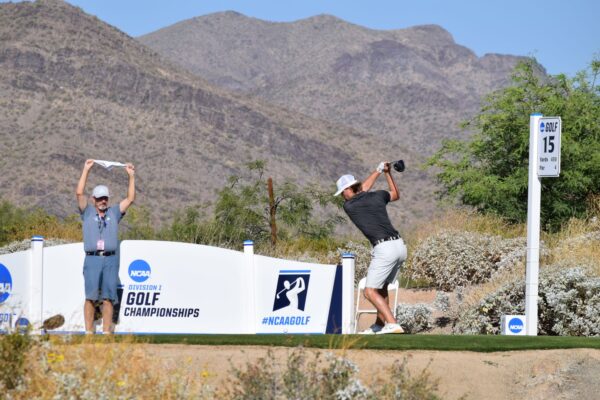 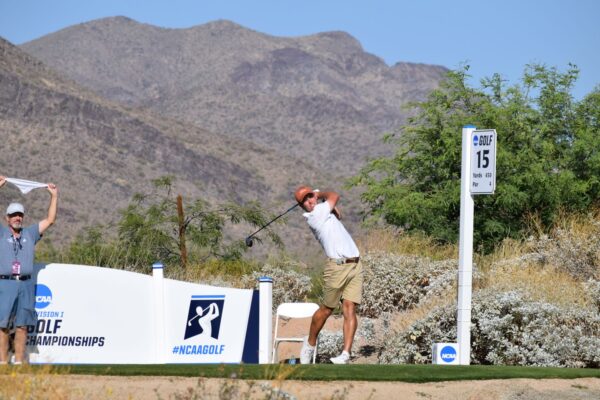 “We were in the semifinals last year, and that was good,” said Arizona State head coach Matt Thurmond. “Going to the finals is a big deal, but we really want to have a good day tomorrow. We’re not satisfied and I know whoever we’re playing against is going say the same thing, but that’s really true.”