Aww, thanks Jordan. We love you, too!

While in Dallas hosting the Under Armour®/Jordan Spieth Championship presented by American Campus Communities at Trinity Forest Golf Club in late June, Jordan Spieth sat down for a Facebook Live Q & A with the American Junior Golf Association (AJGA) with topics ranging from his favorite food to his favorite AJGA tournament. Although he somehow overlooked the prime rib sliders served in Phil’s Grill, he did name the Thunderbird International Junior as his favorite AJGA tournament. How cool is that?!?!

“Looking back, I probably had the most fun at the Thunderbird,” said Spieth. “I had other tournaments I had more success at, like the PING at Karsten Creek, which I really loved as well, but the Thunderbird; all the off-course stuff; I love playing desert golf; we were able to do night putt-putt on the green; they always have ping-pong tables set up; just kind of hung out at the course all day, every day. It was just a really fun event – I love Grayhawk.”

It wasn’t the first time Spieth mentioned his affinity for the event. The AJGA put together a tournament welcome video prior to the 2018 event that features Spieth definitively calling out the Thunderbird as his favorite along with a sampling of the players having a blast at the event.

Spieth at the Thunderbird

Spieth gave it a go at the Thunderbird three years in a row from 2008 to 2010 with his best finish, T5, coming in the first year. He notched T7 in 2009, and in 2010, he debuted as an amateur on the PGA TOUR with a T16 performance at the AT&T Byron Nelson Classic the week before competing in the Thunderbird International Junior where he finished T8. Here’s a clip of Spieth commenting on his first tour outing in a press conference held at Grayhawk before the 2010 Thunderbird International Junior.

Much of the success surrounding the Thunderbird International Junior is due to the tournament’s entertaining player experience. The club transforms the Fairway House event hall into a players-only hospitality hub where they have fun between rounds playing table tennis, foosball, video games and air hockey. Participants also enjoy activities such as glow-ball putting contests and a closest-to-the-hole competition held in the evening under the lights. All of the one-of-a-kind social activities provide a unique way for junior golfers to bond and forge new friendships.

Every Memorial Day weekend since 2000, some of the world’s best junior golfers have gathered at Grayhawk to compete in the Thunderbird International Junior featuring 78 boys and girls from across the world. Since then, the tournament has become one of the AJGA’s most celebrated incubators of talent. Notable players who have competed at Grayhawk include Ryan Moore, Kevin Na, Brian Harman, Webb Simpson, Patrick Reed, Rickie Fowler, Ryo Ishikawa, Hunter Mahan – and of course Jordan Spieth. Same goes for the girls: Paula Creamer, Inbee Park, Alison Lee, Lexi Thompson, Belen Mozo, Jessica Wallace and Brittany Lang all made the cut at the professional level.

Mark your calendar for next Memorial Day! Spectators are welcome at the Thunderbird International Junior, and who knows, you may see the next Jordan Spieth. 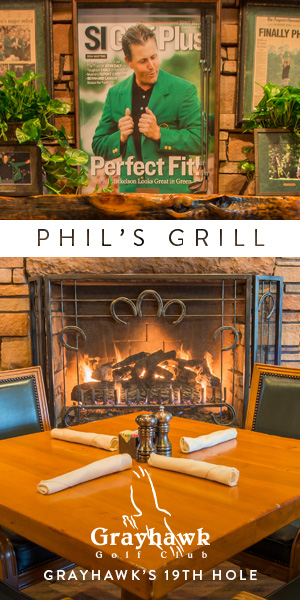 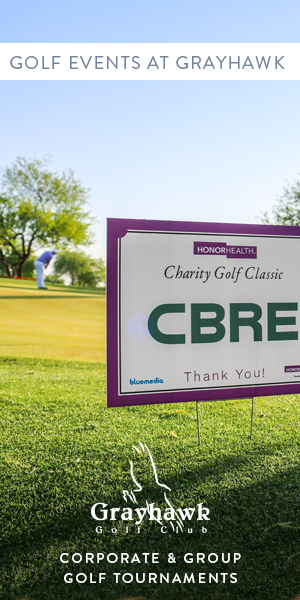 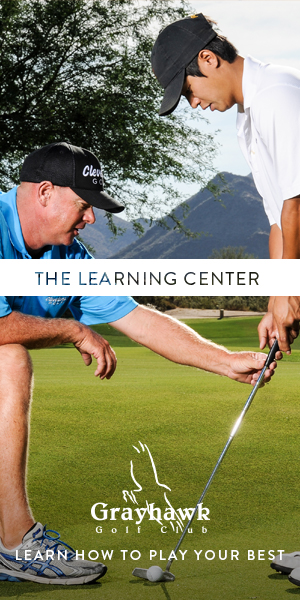