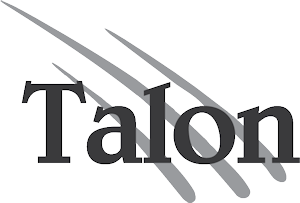 The Talon Course at Grayhawk Golf Club provides a desert-style test of golf that winds its way through Sonoran Desert and box canyons on the way to large multi-tiered greens.

No. 1– Par 4, 428 Yards – Farrview
Dedicated to the late Heather Farr, local LPGA standout and Grayhawk ambassador, the first hole is memorialized statue of her holding a perfect follow-through. The tee shot sets up for a left-to-right ball flight to a medium-sized fairway. The green is large with an upper tier in the back right. A lone bunker guards the right and a series of grass swales guard the left.

No. 2 – Par 4, 346 Yards – Bogle
A huge bunker and desert area run along the right side of the fairway. The safe play is with a long iron or fairway wood to the left. Driver is an option, but the landing area narrows where most drives come to rest. A deep pot bunker is located in the front and another large bunker is located short-right. The green has two distinct levels with a steep transition between in between.

No. 3 – Par 5, 505 Yards – Three Sisters
The aggressive play is to cut the dogleg leaving a mid- to long-iron into the large multi-level green. However, if it comes up short, the ball will likely find a group of Mesquite trees. The approach is guarded by the hole’s namesake – three bunkers located short-right. They are quite deep with steep faces buttressed by railroad ties.

No. 4 – Par 4, 427 Yards – Ironwood
This straightaway par 4 plays slightly downhill. A large bunker and Mesquite tree come into play for those who bail to the right, and a series of grass swales to the left of the fairway make for difficult second shot. The green is flanked by large mounds to the left and falls away into a collection area to the right.

No. 5 – Par 3, 153 Yards – Sentinel
The green is large and offers several challenging pin placements. A huge bunker fronts the green, and another one is located to the left. The green falls away to the right making for a difficult up and down from there.

No. 6 – Par 4, 459 Yards – The Ridge
The sixth hole is a straightaway, wide-open monster of a hole that challenges golfers to bomb it from the tee. The hole gets its name from the dramatic ridge along the left side that rolls down nearly 15 feet and then back up to a plateau fairway. Grass bunkers guard the right side of the large and receptive green.

No. 7 – Par 4, 402 Yards – Flash Flood
Big hitters may want to leave the big dog in the kennel, as a group of trees encroach into the landing area. The green is huge and has two levels. A large bunker is located to the left of the green and a series of large grass mounds run along the right side.

No. 8 – Par 3, 206 Yards – Desert Burn
The eighth requires a long-iron over an expansive desert wash. The multi-tiered green provides for several interesting pin locations. The usual bailout is to the right, as the left side is lined with large mounds with thick grass.

No. 9 – Par 5, 562 Yards – Grady’s Lair
Long and straight allows for a shot at getting home in two. Errant tee balls tend to find a bunker to the left or desert on either side of the fairway. A large low-lying grass swale and bunker guard the left side of the lay up area, and a huge bunker with a steep face framed by railroad ties guards the right side of the green.

No. 10 – Par 4, 454 Yards – Reflection
Depending upon the wind direction, this hole can be quite a challenge. A bold drive down the left side cuts off significant distance, as the conservative bail-out to the right results in a long second shot. Bunkers left guard the green, plus a deep desert box canyon falls off to the left.

No. 11 – Par 3, 175 Yards – Swinging Bridge
Perhaps the most recognizable hole on Talon, an enormous box canyon lies between the tee and green. In fact, a suspension bridge is used to access the back “Talon” tee. The tee shot is all carry over the chasm to a two-tiered green that is well-guarded by bunkers.

#12 Par-4 449 Yards – Double Cross
Although the fairway appears like a narrow strip of turf, there is plenty of space to land a well-struck shot. A large Mesquite tree seems to be perfectly placed to penalize a banana ball to the right. The green is large but semi-obscured by a thick stand of native desert that bisects the fairway about 60 yards from the green. With anything less than a good drive, golfers should consider laying up to avoid disaster in the desert.

No. 13 – Par 4, 303 Yards – Heaven or Hell
The tee shot calls for a risk-reward decision. The green is drivable and many of the tee shots that don’t quite make it end up in the large bunker located short and right of the green. The conservative play is with a long-iron to the left-center of the fairway, which results in a wedge approach to the multi-level green.

No. 14 – Par 4, 524 Yards – Phantom Point
No. 14 is a come-and-get-it par 5. The tee shot is straight away with a bunker left and mounding right. The lay up forces a decision:  play left and short of a series of bunkers crossing the fairway, or blast one up and over the bunkers. A greenside bunker guards the left of the green.

No. 15 – Par 4, 450 Yards – North Rim
The fairway somewhat resembles a half-pipe as the center lies well below both sides. A mesquite tree to the left can cause problems for the approach to the green with a box canyon falling away to the right. The green has several distinct levels making close consideration to the pin placement sheet a must.

No. 16 – Par 4, 416 Yards – Deception
A straight tee shot sets up for a green light situation, especially when the pin is in the lower front tier of the green.  If the flag is on the top level, golfers must pull the correct club to avoid going long or coming up short. Plus, a large bunker guards the left of the green and a series of grass swales guard the right.

No. 17 – Par 3, 126 Yards – Devil’s Drink
The island green on No. 17 provides a late-round gut-check. Playing no longer than a wedge, this hole should be an easy par, but players must still execute under “white knuckle” conditions, and those who don’t will be on the wrong end of a two-shot swing, or worse. The two-putt isn’t a gimmie either, as the green is well undulated.

No. 18 – Par 5, 588 Yards – Five Falls
The finishing hole is a true three-shot par 5. The tee shot must avoid a huge fairway bunker that guards the corner of the dogleg. The approach is guarded by an eye-catching water feature to the left and a bunker right. The large green can be set up for several interesting pin locations, especially the upper tier to the back and left.